Tescue authorities and worked to save the animal’s life.

But there was a problem for the group of Good Samaritan Canadian teenagers. They might love animals, but Jaydon Pettitpas and Aidan Hart had no idea what kind of creature they were dealing with here. It could be a small dog. It could be a cat. Or it might have been a skunk or rabies-infested raccoon. 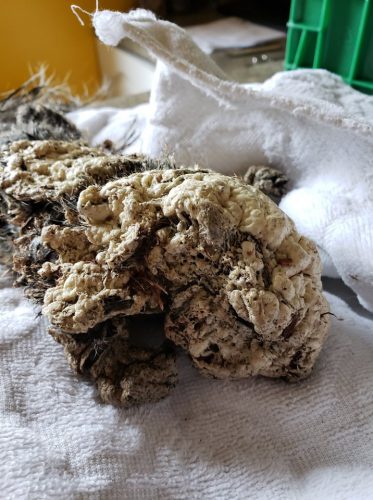 The creature was hiding under a car for protection. But it was clearly in a dangerous situation. That’s when Jaydon and Aidan did something that the others were too afraid to do – they got down on their hands and knees for a closer inspection of what could be under the vehicle.

The teens were horrified. It looked like a monster from a Hollywood movie. But then they saw that it was not a cruel creature but a sad animal clinging to life with all its might. They wanted to help the creature which must have fallen into a load of foam before it dried. But they didn’t know where to start since the creature could barely move and they didn’t know what it was.

They tried baiting it with food. That didn’t work. So they had to get down and gently pull the creature out from underneath the car. 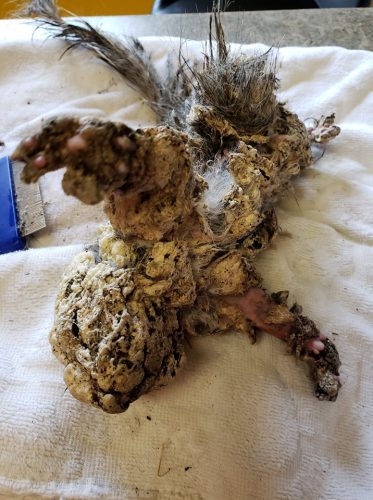 Meanwhile, Jaydon found a box. They put the foamy creature into it and then called Aidan’s family to see what they should do next.

Because Aidan’s mother was as big an animal lover as her son, she encouraged her boy to rush the creature to an animal clinic. She knew they would try to save the creature’s life without putting the bill onto the family. That’s how this animal wound up under the care of the good people at St. George Veterinary Clinic.

Dr. Eagan, the veterinarian, got to work. She could tell that the animal might have been dead if it weren’t rescued by the teens. A few more hours in its state and it would never have been able to pull through and survived. She sedated the creature and then resorted to rubbing alcohol to remove the foam from its fur. 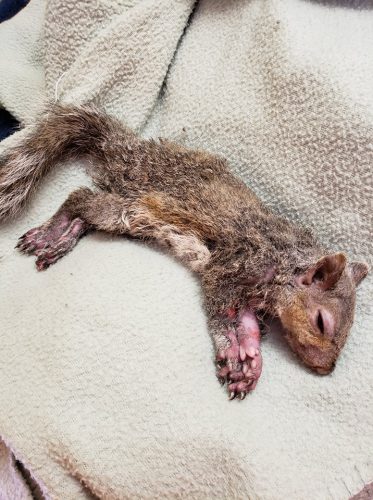 Underneath it became clear this was not a dog or a cat – but a squirrel!

“It took about an hour. There were some patches of fur gone and some abrasions on his skin, but in the end, he didn’t look too bad!” Dr. Eagan said.

When the squirrel woke up, he was much happier. Since he was otherwise in great shape, Dr. Eagan set him free. 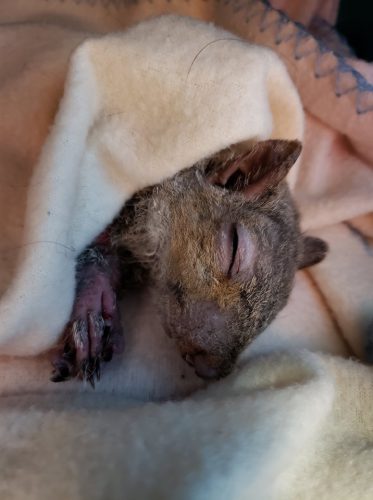 “He was pretty excited to get out of the clinic and up to a tree. If it hadn’t been for those teenage boys, he would not have lived.”- Dr. Eagan.

What do you think about this story?