When Dakota Nelson married his wife, Ream, he expected to spend the rest of his life feeling happy and fulfilled with the woman he loved.  Ream was a smart, beautiful, caring woman and the were madly in love and happy to be building their lives together. Their marriage was more than what Dakota and Ream could have ever imagined and they were blessed with seven amazing children. 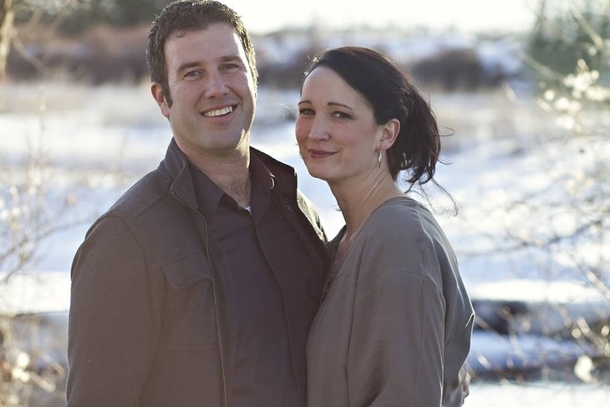 Dakota and his 7 children are looking forward to spending this Christmas together, but this year will be different from their past. Unfortunately, just this July 2018, their lives took a tragic turn when Ream suffered from an unexpected heart attack. According to Dakota, he and his wife were having a good time in their garage when he had to put some tools away. He walked away and when he came back he found his wife, Ream, 38, lying on the ground outside their home. He was shocked to see his wife lying on the floor, turning blue and not breathing, in the span of 5 minutes that he was gone. Thinking fast, Dakota performed a first-aid CPR to his wife while his 11-year-old son called 911 for help“We were working in the garage, goofing around and having fun, and I came back and she just was dead on the ground,” Nelson told the East Idaho News.
“It is hard to accurately describe in words what it is like to have found my beautiful wife, whom I have fallen in love with and grown closer to in our 17 years of marriage on the floor, eyes open and unresponsive with our three-year-old standing over her. Having our children witness this is unthinkable.” The heartbroken father explained. Doctors said she had lacked oxygen to her brain for more than 20 minutes. She was in a coma for weeks before she passed away in September. 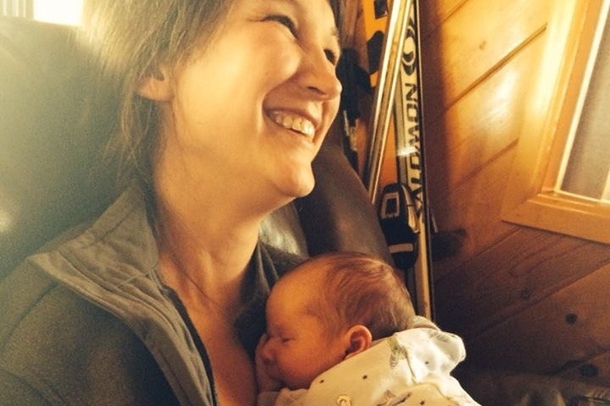 Suddenly, Dakota was left devastated and alone to raise his 7 children, between the ages of 1-16. He had no idea how he was going to make ends meet. In addition, Dakota and Ream do not have access to health care because they earn too much to qualify for Medicaid. At the same time, their earnings are not enough to afford health insurance. The pain and responsibility that weighed on Dakota’s shoulder are unimaginable. While still in the process of grieving and healing from the untimely death of his beloved wife, Dakota has to juggle 3 part-time jobs to keep his family going. 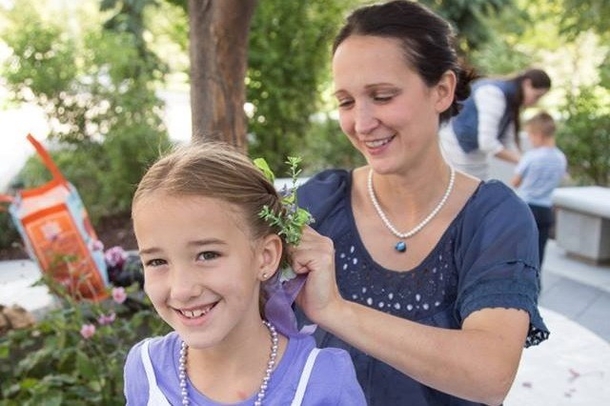 This Christmas, as the family still grapples with the loss, they will have something to smile about. A generous and anonymous ‘Secret Santa’ heard about what happened to the Nelson family. Wanting to spread the spirit of Christmas, the ‘Secret Santa’ sent did something amazing for Dakota’s family. Through the support of the local news channel, East Idaho News, the ‘Secret Santa’ delivered a very special and much-needed gift to Dakota and his family. Dressed in his suit together with his children, Dakota found himself welling in tears upon receiving the compassionate gift of the anonymous donor. 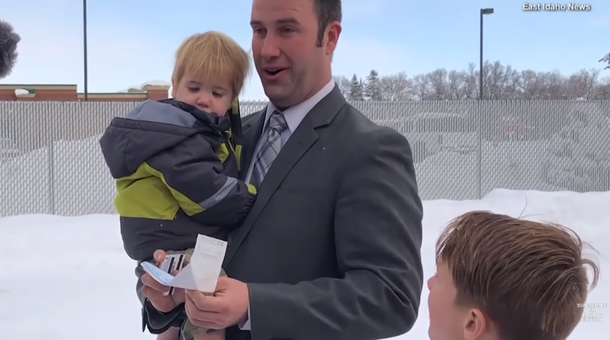 “There’s a lot of people who care about you.” The local news reporter said to the crying Dakota. The news reporter handed him a box containing two $1,000 gift cards along with an $8,000 check. Overwhelmed by the generous gifts he and his family had received, Dakota could not vocally express how grateful he was for the much-needed help. His jaw dropped as he saw all the zeros and the dad was overcome with so much emotion that he burst into tears. 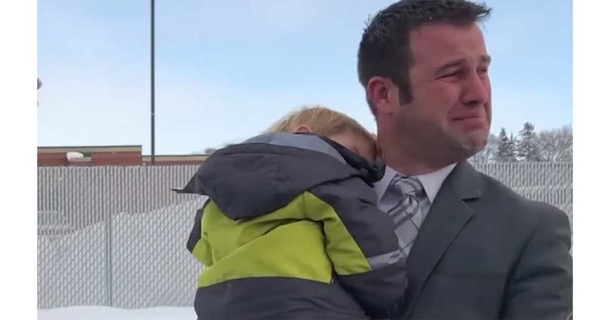 Of course, spending Christmas without their beloved wife and mother would never be as warm nor as happy as it used to be, but certainly, the total of $10,000 he and his children received is enough to guarantee that the Nelson family will have something nice to celebrate this Christmas. 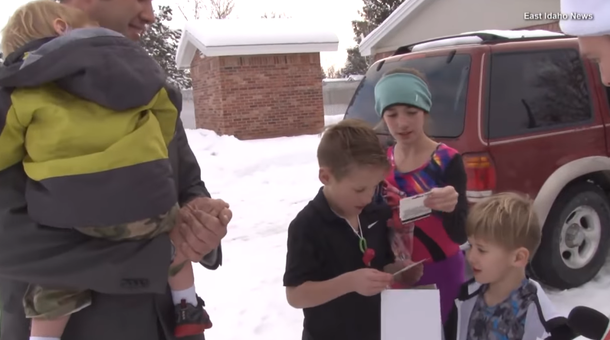 No amount of money in this world could ever replace the void the family feels left by Ream Nelson, but letting them know that they are not alone in the battle they are facing is enough to warm their hearts once again.
Watch the emotional reaction of Dakota, a single father who has to stay strong and support his 7 amazing children, after receiving a gift from a ‘Secret Santa.’ May their story remind us what Christmas really is all about- spreading happiness and uplifting the spirits of one another.
source:http://takecare365.com/