explanations of certain things. Fortune tellers would usually give relevant advice but these particular fortune teller in China were telling their customers to go as far as committing a crime.

The 49-year-old He Xiaoping from southwestern China lost her two sons in 1992 and decided to seek advice from fortune-tellers. Shockingly, they told Xiaoping to steal someone’s son as they claimed it would ward off her bad luck.

Desperate to ward off her so-called bad luck, Sina reported that Xiaoping followed the fortune teller’s instructions and applied to be a nanny using a fake identity.

She finally got to work with a woman called Zhu Xiaojuan in Chongqing who had a 15-month old boy.

Quick to execute her plan, Xiaoping told Zhu a week later that she was going to bring Zhu’s son shopping. But as expected, Xiaoping kidnapped the little boy and ran away to her home near Nanchong. She gave him the name Liu Jinxin—the exact name of her second son.

Claimed that she worked multiple jobs before becoming a businesswoman to give a good life to her newly acquired son, Xiaoping raised Liu as her ‘son’ for 26 years. In 1995, she gave birth to a baby girl—which makes her convinced that Liu indeed removed her bad luck.

Xiaoping showing a photo of Liu.

22 years later in 2017, Xiaoping watched a television show about an elderly mother who spent most of her life searching for her lost child. After watching that, she began to feel guilty about stealing Liu.

“I know I committed bad things, but I have raised my son as my own. He also treated me as his real mother,” said Xiaoping.

Eventually, Xiaoping managed to contact Liu’s real mother, Zhu in February 2018. However, Zhu unexpectedly already found her missing ‘son’ in 1995. This ‘son’ was a boy named Pan Pan and he looked exactly like Zhu’s missing child. Without knowing that he’s not her real son, Zhu had been raising Pan Pan-like her own.

After a DNA test, it was confirmed that Liu is indeed Zhu’s son and not Pan Pan. The reason Pan Pan was mistaken as Liu was a previous test conducted by the Supreme People’s Court of Henan apparently revealed that Pan Pan was her real son. Upon this discovery, Zhu is now suing the court for 2.95 million yuan ($425,965) for the false DNA result. 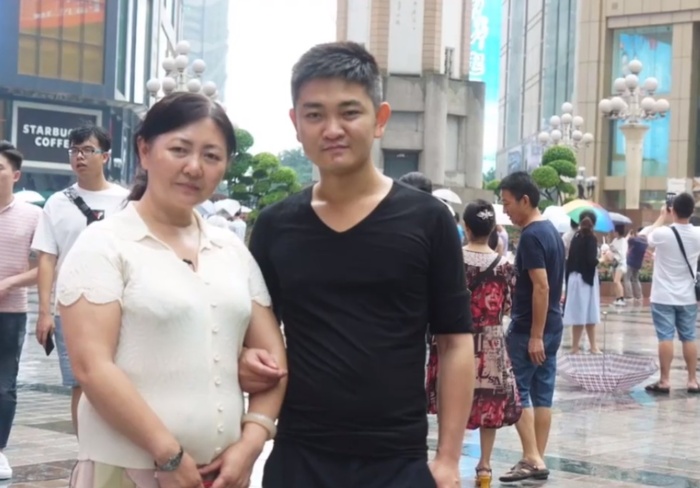