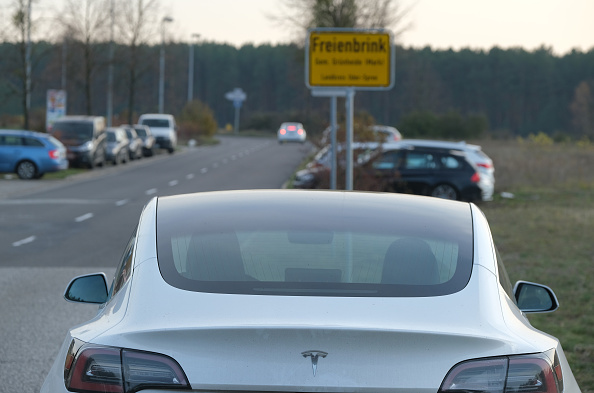 Tesla Model 3 was able to save many car owners’ lives, including one family and their six cats. Texas suffers from frigid temperatures and rolling blackouts.

A Tesla Model 3, whose owner said he was curious to see the site, stands where the newly-announced Tesla Gigafactory is planned at Freienbrink on November 14, 2019 in Gruenheide, Germany. Elon Musk, CEO of U.S. electric automaker Tesla, announced two days ago that Tesla will build a European Gigafactory outside Berlin at Gruenheide, not far from the BER Willy Brandt Berlin-Brandenburg International Airport. The factory would be Tesla’s fourth and is to produce car batteries, parts and the Model 3 and Model Y cars.

Pete Holguin, a Tesla Model 3 owner, said that his electric vehicle was charged 90% before the Texas snowstorm arrived, making it possible for his Tesla Model 3 to help them, including their six feline pets, during the sudden deep freeze.

“When the temperature inside the house dipped below 50F, my wife and I put our six cats in their carriers and stacked them in the back seat of the EV in the garage. We have six rescue cats ranging in age from 3 to 16 years old,” explained Holguin via Electrek.

“The temperature in the garage was 33F. We ran the heater for eight hours in Camp mode one night and we were able to sleep in comfort at 69 degrees,” he added.

How Tesla Model 3 saved them

Holguin said that they only used 17% of their Tesla Model 3’s battery life within eight hours. He added that he and his family didn’t recharge their electric vehicle for three nights. 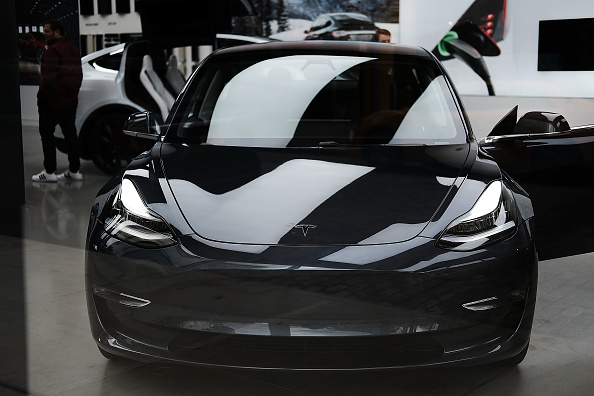 (Photo : Photo by Spencer Platt/Getty Images)
Tesla cars are displayed at a showroom in the Meatpacking district in Manhattan on June 6, 2018 in New York City. Tesla stock had its best day since November 2015 on Wednesday rising more than 9.5 percent after the company revealed it is nearing its Model 3 weekly production rate. Also, in a vote shareholders backed Elon Musk as chairman and CEO.

During the sudden Texas deep freeze, his garage’s temperature was 33F, thanks to his Tesla Model 3. He said that his car heater could heat their electric vehicle up to 69 degrees, allowing them to sleep in comfort even if the temperature outside is extremely cold.

On the other hand, another Tesla EV owner also relied on his car to survive during the storm. He said that he charged up both of his Tesla Model 3 and Tesla Model X SUV to 90%.

He added that they activated their cars’ heaters so that they can sleep and spend the night until the temperature outside went back to normal.

Turning on your Tesla’s heater

According to NewsBytes‘ previous report, Tesla already updated its mobile app to allow the users to turn their cars’ heaters even when they are not using them. This means that they can activate it even if they are staying inside their house. This is a pretty useful feature since their cars can be warm inside before they even get inside it. All you need to do is go to your Tesla mobile app and search for your car’s heater.