Her family told ABC 33/40 she was the mother of four children. All boys.

The Walker County Sheriff’s Office is investigating after they say a woman was killed by a pack of dogs.

The attack happened Monday afternoon in Nauvoo on Jagger Road. Police said the victim was an adult woman but she was not identified. 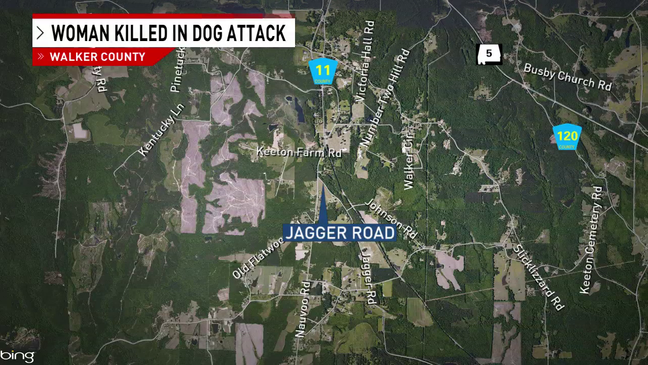 The sheriff’s office said some of the dogs have been captured.

If you have any information about previous dog attacks in this area, you’re asked to please contact authorities at 205-302-6464.