WASHINGTON (WJLA) — A man from Leesburg, Virginia was accused of fraudulently obtaining two loans under the Paycheck Protection Program and then using the money to buy a luxury car and his own airplane.

Court documents allege that Didier Kindambu, 48, obtained two loans worth approximately $2,501,753, and then spent those funds.

He carried out the scheme with two businesses that he owns by creating fraudulent payroll documentation for each business, according to the Department of Justice. Kindambu then submitted that documentation in support of the PPP loan application. 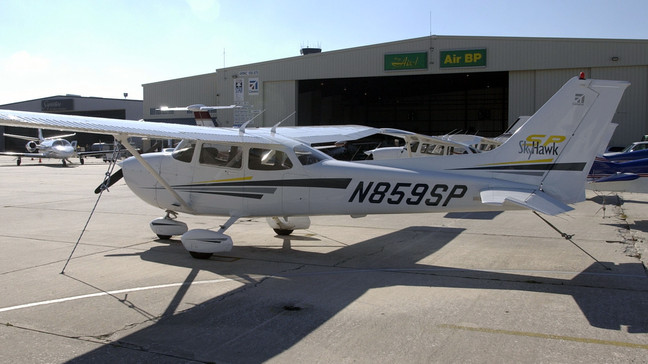 A Loudoun County man is accused of using CARES Act PPP loan money to buy a luxury car and his own airplane, similar to the Cessna aircraft shown in the photo (Photo by Steve Nesius/Getty Images)

The CARES Act PPP is a program instituted by Congress to help businesses affected by the pandemic continue to pay salaries and/or wages to their employees.

On Tuesday afternoon, he made his initial appearance before a federal judge in Alexandria, Virginia via Zoom chat.

Kindambu is charged with one count of bank fraud and faces a maximum sentence of 30 years in prison if he is convicted and a $1 million dollar fine.

In the courtroom, Kindambo’s attorney described his client as a respected business person in the community with a wife and children.

His attorney told WJLA’s 7 On Your Side that he hasn’t spoken to his client and has no future comment.

Kindambu is innocent until proven guilty in a federal courtroom. He will return to court later this week for a detention hearing. He is currently being held in federal jail.