In January, a body was discovered behind No Frills Supermarket in Council Bluffs, Iowa.

On July 22, seven months later, the identity of the body has been revealed. According to the Des Moines Register, the body belonged to 25-year-old Larry Ely Murillo-Moncada. He was an employee of the supermarket, who went missing 10 years ago on November 28, 2009.

Murillo-Moncada’s body was discovered as freezer units were being removed from the former grocery store, which closed down three years ago. DNA was positively identified after the Iowa Division of Criminal Investigation collected samples from his biological parents.

Authorities say it appeared as though the body had been in the freezer for years. 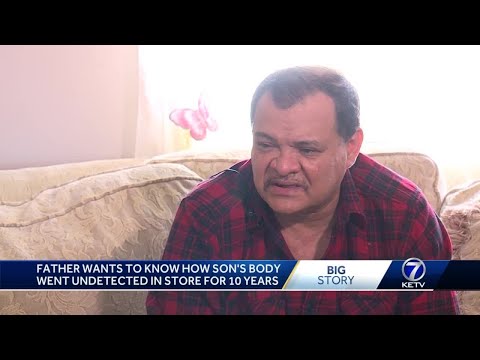 According to the Des Moines Register, authorities say an autopsy showed no signs of trauma and have since ruled the 25-year-old’s death as an accident. However, as Victor told KETV in an exclusive interview, he wants more answers:

“We went out to find him – my wife and I. Another friend came to help me. We got up early, and couldn’t find anything. It felt like the earth had swallowed him whole.”

According to Council Bluffs police Sargeant Brandon Danielson, Murillo-Moncada went missing during a snowstorm when he ran out of the home he lived in with his parents:

“It was a snowstorm at the time. He left with no shoes, no socks, no keys, no car.”

He added that the man’s parents “believe that he was maybe off his prescription medication. He wasn’t in the right frame of mind.” And investigators believe Murillo-Moncada “climbed onto a cooler inside the store, then fell into an 18-inch gap and became trapped.

Store employees told authorities that the man wasn’t scheduled to work the day he went missing, so it’s unclear why Murillo-Moncada was in the freezer in the first place.

Victor said the discovery of his son’s body has made his head spin:

“Our heads are spinning, finding this out after so many years, and it is distressing, it makes us feel a lot of pain. […] They closed the building. The freezers weren’t working anymore. So how can a body just be there?

Sargeant Danielson said a manager admitted that “it wasn’t uncommon for employees to come in and out of the place unnoticed. So nobody really questioned if somebody was there.”