BRAVE women have shared pictures of their horrendous injuries to raise awareness of domestic violence, as killings in the home DOUBLED during the first three weeks of lockdown in the UK.

The four women released battered and bloodied pictures of their faces on social media as researchers from Counting Dead Women Project told MPs that 14 women and two children had been killed in the first three weeks of lockdown in the UK. 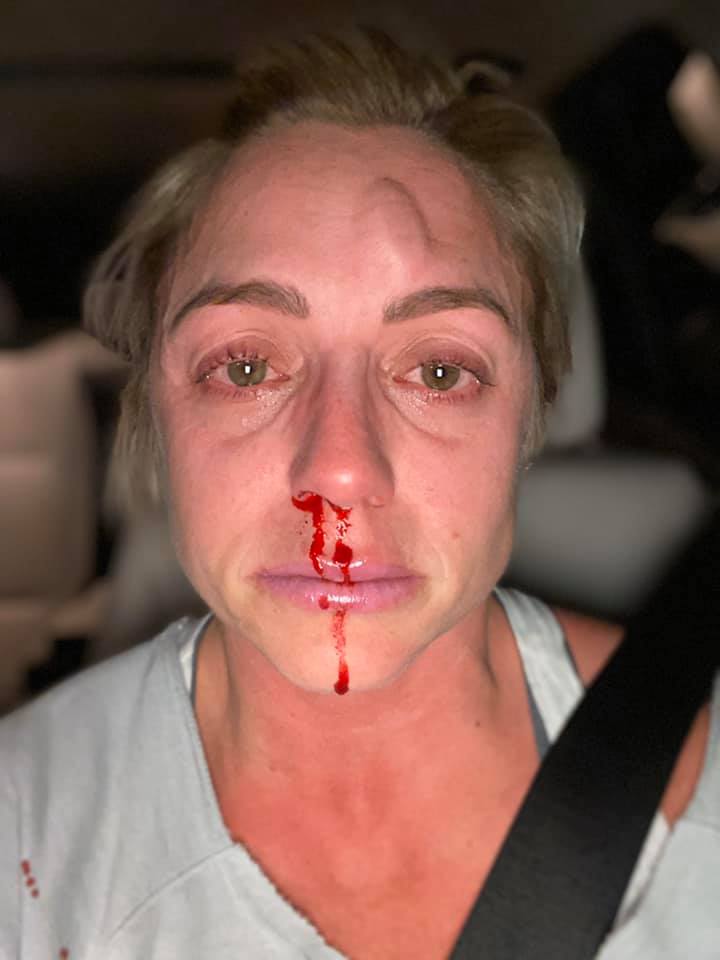 Meanwhile, calls to domestic abuse hotlines have risen by 49 per cent during the same period, as desperate victims seek help.

Sporting a bloodied nose and large bump on her forehead, Claire*, from North America, posted a picture of her battered face.

Telling how she was hospitalised, she urged people to walk away from abusive situations.

“This is domestic violence,” she said.

“Seek help. I’m home from hospital. Don’t be the next victim.”

She – and all the women pictured here – gave Fabulous permission to publish her image, adding: “Speak out.”

While the women’s abuse did not necessarily happen during the coronavirus outbreak, they have posted the images recently to highlight the issue, as cases across the UK rise.

The government has launched a new public awareness campaign, #YouAreNotAlone, aiming to reassure those affected by domestic abuse that support services remain available during this difficult time.

Members of the public are asked to show their solidarity and support for those who may be suffering, by sharing a photo of a heart on their palm.

Claire told Fabulous how the person accused of assaulting her had been arrested and released on bail.

Jennifer*, from midwest USA, also published a photo of her face where she sported a black eye and stitches across her eyebrow. “Still going through the healing process myself,” she wrote.

“Six months later my left eye is still darker than the other eye.